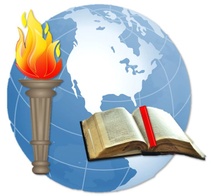 Greetings to all our Friends and Partners!

We celebrated Christmas with family and friends.  We also had a time of giving gifts to the children of the families that attend our food pantry.  We had prepared a time of games, then we showed a children’s video of the birth of Christ, then handed them their gifts.

We did not get to take gifts over to Mexico until the new year.  A missionary couple brought us about 250 boxes of Legos.  They had a hard time getting them across the border, so they gave them to us.  We took a little at a time, spreading it out over a week.  We got about 180 of the boxes over and Richard was able to go with the group to take them into the mountains of Mexico and give as Christmas gifts to the boys in the villages.  It was awesome to see their faces light up.  They definitely were happy boys.

We’ve had two churches that have made reservations to rent out our home base facilities this year. The dorms, dining hall, and trailers.  One church uses the home base for a retreat the other for a place to crash when their missions group comes back from Mexico.

There has been so much work going on around the grounds. Alvin Lee and his wife, board members of Flame of Truth from Oklahoma are here, along with their granddaughter and friends Jim and Bonnie Boyer. They are all pitching in to get projects done around here.  Alvin who is 90 years old is such a go getter, he’s unstoppable.  When he is at home, he goes to the Indian reservations in AZ and NM and builds churches. While here, Alvin and Jim repaired one of our trailers that had a leak and was falling apart. They tore the whole front of the trailer off and replaced it. Next they worked on Richard and Linda’s stairway and porch to their apartment above the garage. Their steps were rickety and the porch was very small. They now have solid stairs and a larger porch which Linda is enjoying very much.  It still needs a roof over it, a project for another day.

Another brother in Christ, Leon Crisco from Illinois, surprised us this year after Christmas. This man can do about anything he puts his mind to, he is such a huge blessing.  So far he has repaired the furnaces in our trailers, hot water heater in the motorhome, 4 dryers in the laundry room (which he declares must be replaced very soon), and is also working on a mower, etc. If he can’t find a replacement piece he needs, he makes it.  He asked Linda if she was planning to have a Valentine banquet this year, she had not had one for a few years.  He said he would like if she could plan one and would like to invite a lady friend of his from AR, and get married during the banquet.  As the Bible says: “Whosoever findeth a wife, findeth a good thing”.  He has done that for Leon, Glenda is a wonderful woman of God, and since she has been here, she is such a good help keeping the dorms and shower rooms clean and helping Leon with his projects.

Richard just got back from his second trip into Mexico this new year. This one was down to Lazaro Cardenes where we are helping to build a church. Pastor Rosendo Garcia Alcudia, who is Vice President of Flame of Truth in Mexico (Flama de la Verdad), has been doing a lot of mission work and has met pastors in the interior of Mexico that are wanting some organization to associate with and so have joined Flama de la Verdad, MX. Some of these pastors need church buildings and some need repairs on their existing ones. They have no one to look to for help. Rosendo has taken them under his wing and is trying to help in whatever manner he can, see map below for their locations.  Included below is pictures of the four churches that need help and what help they need and how much it will cost. We are praying for God to lay upon the hearts of people to help us further the work of the Lord as he leads us.

Your Servants in Christ,

Four churches in which you can be a part in helping to build, finish or repair in the villages in Mexico. please consider donating.